This year celebrates our 4th annual Hopscotch Festival in Raleigh, NC. We are happy to announce we are moving on up, finally staying at the heart of the festivities (Days Inn, we will never forget you), & covering the shows for you, yes, you!

This particular post serves as an insight to the artists we are most excited about seeing, a potential guide to anyone joining us in Raleigh, or perhaps just sharing with you some choice music to grace those earbuds (in no particular order). There are so many bands this year that we had to enlist local musician, Thomas Berkau, of Sweatlands. Enjoy!

Guessing you all probably know who Godspeed You! Black Emperor is, but in case you don’t, they’re one of the most renowned instrumental post-rock groups 15+ years strong. Headlining the festival this year, we don’t expect anything less than a totally captivating performance, well equipped with soaring guitars & epic washes of sound to carry us away to a purely visceral state.

Pusha T, the other half of former duo, Clipse, signed to Kanye West’s GOOD label shortly after & never stopped hustling. Collaborating with the likes of West, Pusha T, Big Sean, 2 Chainz, Hudson Mohawke, The-Dream, Swizz Beats, Future, Pharrell, & Kendrick Lamar – every single he drops is better than the last. Lincoln Theater is about to go up!

Ought, from Montreal, is one rock band we’re very excited about seeing. Seemingly underrated, these guys give us feelings of (perhaps an angrier) Talking Heads, with thoughtful lyrics & energetic instrumentation – also reminiscent of other later 70’s acts like Television.

Seeing Norweigen producer, Magnus August Høiberg, aka Cashmere Cat, is a much anticipated highlight for us this year, one that speaks to our inner need to get down like it’s 1999 & we’re in our middle school bedrooms. The perfect marriage of edm, playful pop, r&b, & colorful drum samples guarantees an energizing, feel-good experience we’ll definitely write home about!

Legendary Roky Erickson, from Austin, TX, has quite the story. Once recognized as a pioneer of the psych rock genre, Erickson was diagnosed with paranoid schizophrenia & sent to a maximum security prison for the criminally insane in 1969. Now at the age of 63, he has made a miraculous full recovery & released his first record in over a decade. Not to be missed. 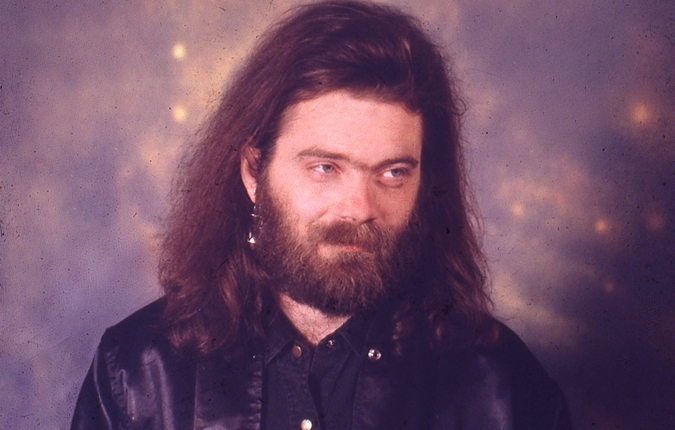 If you’ve been following our blog, you already know how we feel about Nashville’s Natalie Prass.

We saw Final Fantasy at an intimate venue in Charleston back in 2007, & still haven’t forgotten his looped violins, strong falsetto, & charming banter. Now known as Owen Pallett, his music still emphasizes on melodic arrangements & orchestral composing in the vein of fantasy. We dare not fail to mention his latest release, In Conflict, features collaborations with the king of ambiance, Brian Eno.

When house music meets rap, you have GoldLink, hailing from DC (aka the DMV). Dubbed the leader of America’s dance-rap movement, This guy is surely one to watch. We couldn’t have said it better than Pitchfork in their review of The God Complex: ‘His voice is high, hyper, & excitable, no one’s idea of a tough-guy stereotype, but he keeps one foot firmly planted in street rap & the other in the club, tangling all the music’s reference points & intentions like kite strings. The surfaces of his music are slick & slippery, & gaining purchase on what he’s doing is like trying to hug a dolphin.’

Clark has been in the game for over half his life. 7 albums in, this Euro artist delivers a blend of ambient techno, electro, & noise, with classical & post-rock influences. We’re betting on Clark’s set to take us away to a sweaty basement dance party in a Berlin for an hour.

Our favorite part of Lizzo may be that she’s in a trap-based hip-hop collective called GRRRL PRTY. An ode to (sped up) 90’s hip-hop, this girl offers female-empowering lyricism & super charged energy. Cannot wait to party with her!

Okokok, when we found out LE1F was playing Hopscotch this year, we peed a little. Already experiencing F.O.M.O. because he’s during Natalie Prass, but thankfully we’ve already seen her (& love her), & now can fully devote ourselves to one of our favorite rappers. LE1F’s club-centric beats, degree in dance (& probably vogeuing), & fashion sense make for nothing but sheer fun. Not to mention a few tracks are produced by our fucking favorites, Nguzunguzu. All we need is a little slice of NYC queer in the south to make our 2015 complete.

Reminiscent of the Cramps & Thee Oh Sees, King Gizzard & The Lizard Wizard hails all the way from Melbourne. Armed with two drummers, they’re headlining at the Pour House, bringing you psychedelic garage rock from the hands of 7 Australian dudes… so yea you can find us here. 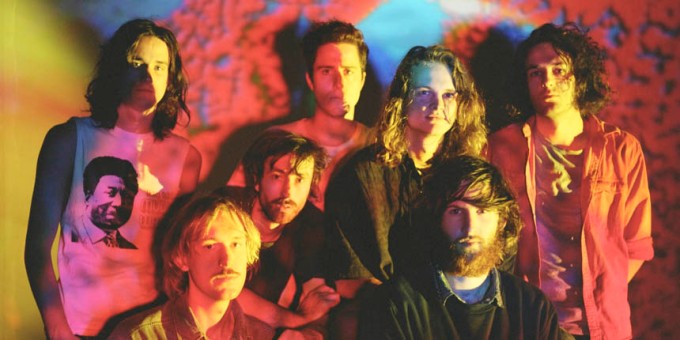 Bully delivers well-crafted, throwback grunge that could have easily made it on the Singles soundtrack if they weren’t born so late. Alicia Bognanno founded this band after working as a sound engineer in Nashville so you know its going to be legit.

Pill, on Andrew Savage’s of Parquet Courts’ label, Dull Tools, is another post-punk group we can’t wait to see. Add an unexpected saxophone to vocals reminiscent of our queen Kathleen Hanna, textured sounds not unlike Sonic Youth, & deadpan, cynical delivery – & get a unique sound surely on the rise – despite all the comparisons.

Jubilee, a female DJ from Brooklyn by way of Miami, had us at her Trina intro on her FACT mix. Her set is going to be the perfect nightcap, we can just feel it.

Wye Oak’s Jenn Wasner’s side project, Flock Of Dimes, offers more of an effervescent sensibility than Wye Oak – but still laden with lush sounds & gorgeous vocals. We’ve been patiently awaiting a full length release from her, so seeing this live performance will have to satisfy in the meantime 😀 (We, also, cannot wear white.) 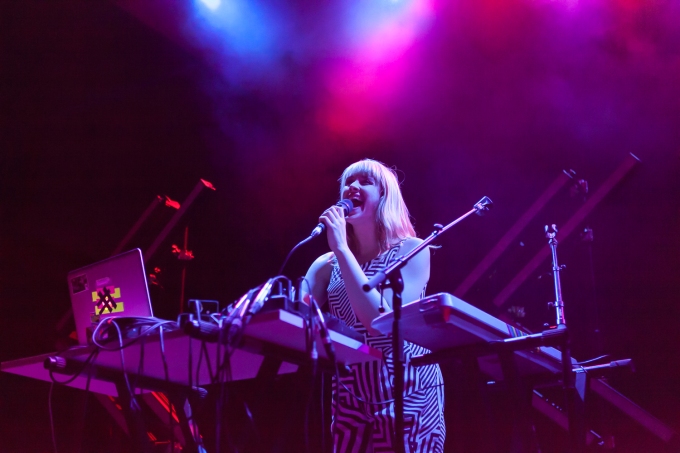 Wildhoney is a quintet out of Baltimore. They create indie pop through a shoegaze filter, drawing inspiration from Cocteau Twins, My Bloody Valentine, & mainstream pop music alike.

Remember Jock Jams? The hype vibe we got from Brooklyn based producer Obey City got us pumped in the way that only JJ can. He also has a track featuring Kelela, kweeeeeen.

We had a blast when we saw Boulevards at Phuzz Phest last year, & wouldn’t dare miss the chance to witness his funky footwork again. A North Carolina native, Jamil was definitely born in the wrong era with his smooth motown style meets Prince circa 1984. 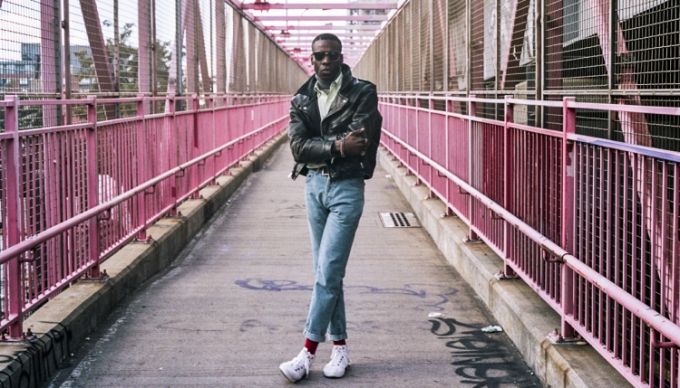 Leverage Model‘s 80s synth sounds reminds us of a certain bedspread prevalent in the 80s & 90s. Perhaps you had it too?

Patois Counselors is the hyperactive brainchild of Bo White. Some time in the last year, between giving us a handful of solo releases that will melt your brain into your heart, playing shows with his Orquesta, & keeping Charlotte NC’s scene intact – he’s managed to assemble yet another quality project. Angular guitars blend with distorted synths, & dark, bouncy rhythms carry intense & captivating vocals.

Raleigh based producer, Eyes Low, makes beats that our shoulders can’t help but move to. When we learned he collaborates with Phuzz Phest phavorite, Blursome (creating another must see – Choked Out) we added him to our itinerary! 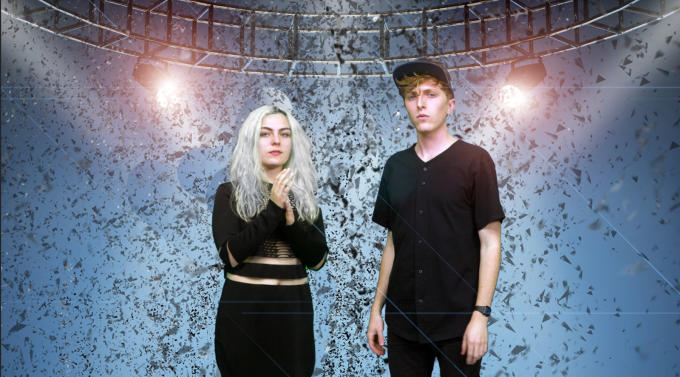 Cloud Becomes Your Hand delivers surreal, layered kaleidoscopic sounds, seemingly unaware of any current trends in music, which is refreshing for present company (aka weirdos).

Memphis’ synth heavy punk band, Nots, is a perfect example of what’s happening in punk right now + what was happening in the scene 10 years ago. Think Erase Errata.

SkyBlew is a young hip-hop artist based out of North Carolina. With thoughtful, substantial lyrics & old school beats, he breaths fresh air into a genre that desperately needs to be awakened.

Altanta synth pop trio, Breathers, is a time warp back to the 80s in the best way possible. Cascading synths, drum machines, & bright instrumentation alongside poppy vocals will have us dancing into the night. Think Ariel Pink but more electronic.

Whew! Our coverage of the actual Hopscotch experience to follow! Hope to see you there. x