So we just woke up from our trip to Miami & are finally ready to talk about it. III Points is a 3 day music, art, & technology festival based in the graphic, graffiti-covered arts district, Wynwood, where every square inch seems to be covered with street art. Only in their third year, the young festival’s aim is to raise awareness of Miami’s talented local acts, vendors, artists & art collectives, while rounding out a line-up of international performances on their 5 stage set up. During the day the festival offers free ‘activations’, giving attendees the opportunity to explore the neighborhood with panel discussions, workshops, art exhibitions, & tech demos galore – but we’re sad to say we had a tough time leaving our little apartment with a view of Biscayne Bay before nightfall..

We kicked off the weekend with a bang – heading straight to the festival once we landed. The energy upon arrival is undeniable. You’re greeted by DJs at the entrance which is a tunnel that leads to a playground of lit-up geometric sculptures & chill zones, fully-equipped with Persian rugs. 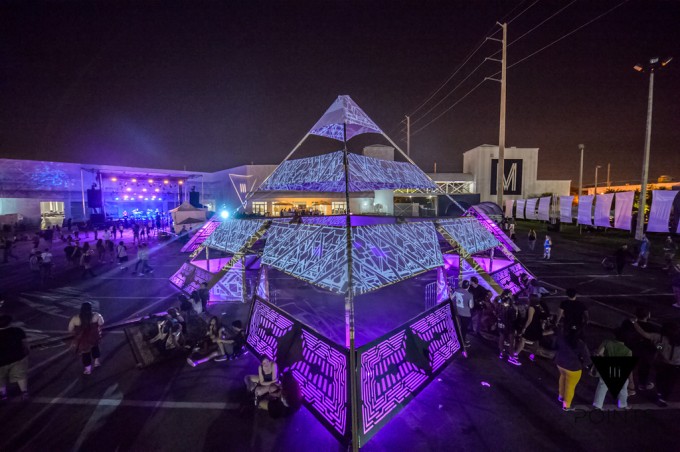 We started off with Panda Bear at Main Frame – the stage in the main warehouse, where the AC had unfortunately broken. Did you guys know it’s hot in the tropics?

Regardless of inner elbow sweat, Noah Lennox (of Animal Collective)’s ambient set had us transfixed. It was a blissful experience of sensory overload – he faded into colorful projections in the form of some things beautiful & some things grotesque, spontaneous pulsing strobe lights, & of course his soothing, atmospheric voice over odd time signatures & lingering psychedelic synths made us forget how uncomfortable we may have been. 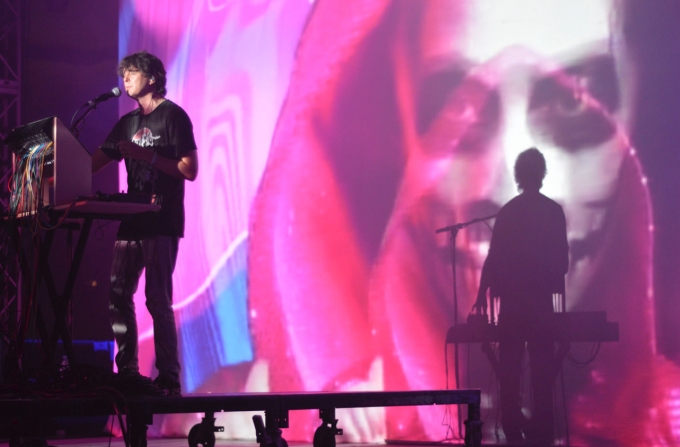 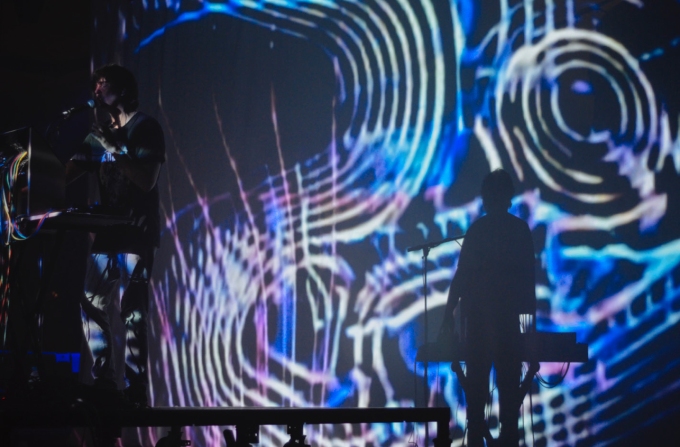 Then we headed out to Mind Melt, a smaller outdoor stage, to see Empress Of. This was one of our most anticipated sets of the festival, having listened to her latest record, Me, nonstop since its release in September. With only one full length under her belt, her performance was short but impactful. She bounced around the stage with uninhibited dance moves while belting out flawless vocals. We predict her self-produced experimental sound is going to change the future of pop. Frankly, we love Lorely Rodriguez & we need more! 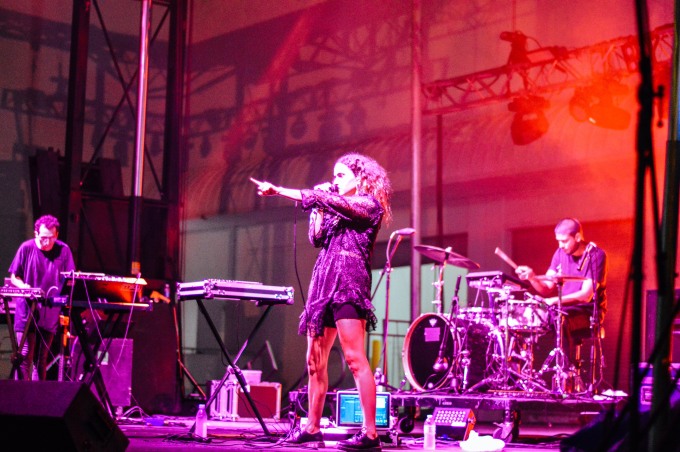 Then we probably went & got some empanadas at one of the many food vendors inside the festival grounds & came back to Mind Melt to wait patiently for Warpaint. An all-girl band we’ve always wanted to see, Warpaint SLAYED with such command & presence, totally exceeding all expectations. Tough yet endearing, these ladies brought some serious rock and grit to this EDM festival.

Next, we headed back into the sauna at Main Frame for Nicolas Jaar‘s 3 hour set. True to his style, he held everyone’s attention regardless of the heat with polished, long teases between powerful drops of funk + Motown samples, & even some gospel hymns – which seemed more than appropriate coming from his aesthetically ‘holy’ set-up on stage. What was even more godlike were the blasts of nitro throughout the set which we’re sure saved some lives. So, so smooth. We’ve said it before & we’ll say it again, there’s no better church than church with Nico Jaar. 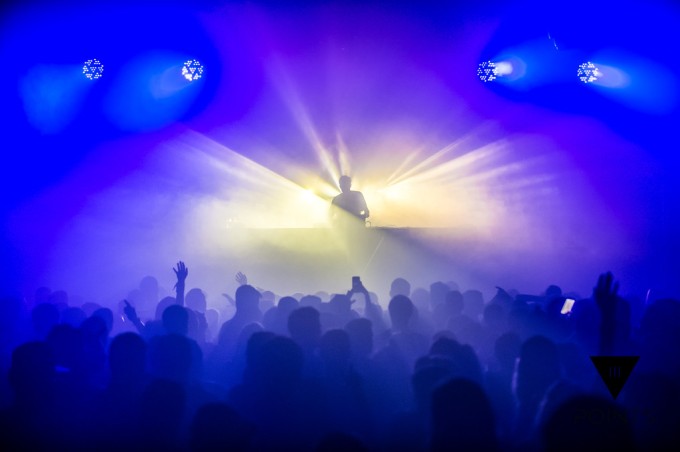 In the middle of the Jaar, we did take a break to pop outside & see electro-pop kings Neon Indian at Mind Melt. Unfortunately they were having some issues with the soundboard (which seemed to be a problem during Warpaint too 😞) so their set did seem to suffer – but we did get to hear our favorite track from their latest album, Vega Intl. Night School, ‘Slumlord‘.

Started off Saturday night right at Main Frame with Shlomo. One our favorite party DJs, his live set seemed to cater to a Miami crowd, full of bangers from Twista to Three 6 Mafia intermingled with latin bounce. The even better news is that the AC was fixed! In America, this means partytime.

Then we stuck around in the packed house for Run The Jewels. Welcomed to the stage by ‘We Are The Champions’, aforementioned company lost their shit when Killer Mike & El-P appeared, & these fans held true throughout the energetic performance.

We slipped away to catch some of Canadian producer Jacques Greene‘s set at aptly named Black Hole, an intimate indoor stage with the feel of an old warehouse rave with art installations by MokiBaby. 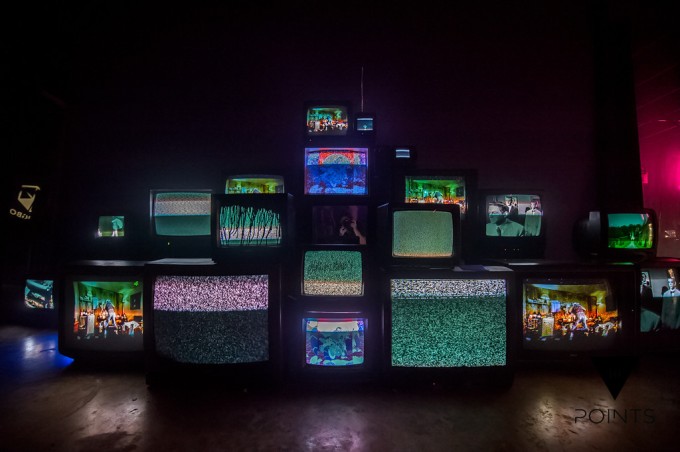 We then went back to join the mass crowd at Main Frame in anticipation of Ghostface Killah & Doom. Our doubt of Doom actually showing up was proven accurate when he was actually just a 40 minute pre-recorded projection onto a screen. This was pitched to the audience as Doom coming ‘from the other side of time’. Bummer. Ghostface appeared towards the end to rush through a few hits. Both rappers performed only old material, & oddly enough no talk of the Doomstarks collaboration was even mentioned. 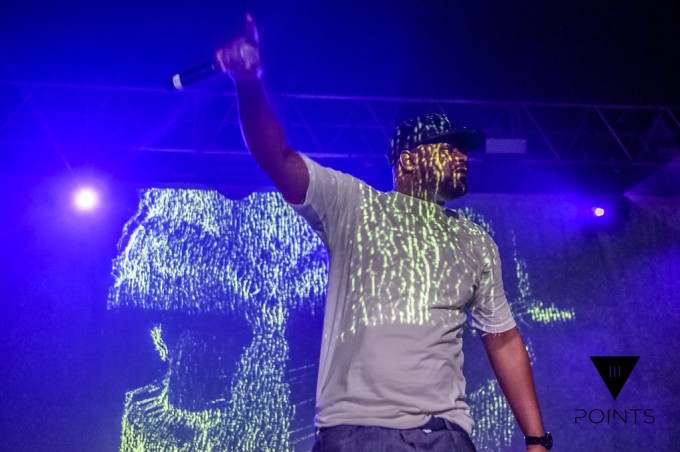 Next up, we got a breath of fresh air with our South Carolina homies, Toro Y Moi, outside at Mind Melt. We were certainly ready for some pure rock from familiar faces at this point in the night, & per usual, Chaz & the boys delivered. Playing almost the entirety of their latest album, What For?, the vibrant set was just as danceable as the rest of the EDM oriented performances, albeit being guitar-driven. With indie pop synths, rhythmic guitar, & funky bass lines, they injected a dose of coolness into the night. 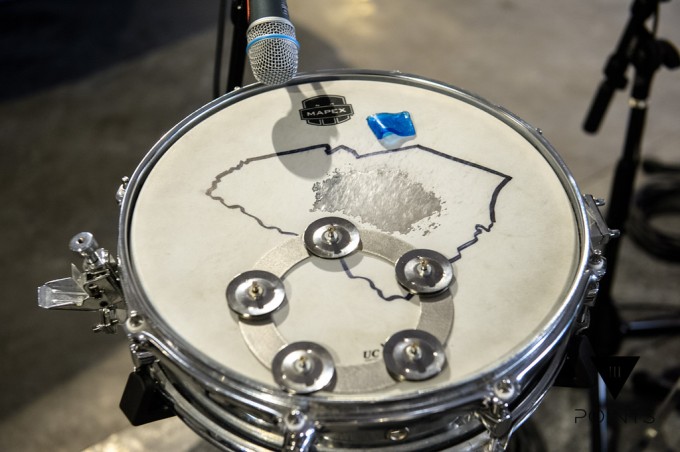 We then caught some of Chrome Sparks heady DJ set at Sector 3 stage before venturing off to a long night of after partying at our ever reliable, Bardot.

By Sunday it was a wonder we were even standing. We regrettably missed a few acts on our radar, but fortunately made it in time for London’s King Krule at Main Frame. Archy Marshall gave us life. Who knew such a soulful, haunting voice could come out of a frail, 21 y/o pale ginger’s body. Such tender song writing, backed by a full band with jazz & trip-hop influences. Jay Electronica gave him his chain to wear in the middle of the set, which was unexpected & hilarious. Anyway, he played all the deep cuts, & we left happy.

We then went to Sector 3 to see some of Soul Clap‘s DJ set for some final dance opps. These Boston boys crushed with disco & soul samples – not a steady foot in sight! Last but not least, we headed back to Mind Melt for Unknown Mortal Orchestra. Did we mention that each stage was a short walk from each other but magically no performances sonically overlapped? Incredible. Anyway, UMO seemed oddly placed at III Points considering fellow company, but we were not going to ask questions. Wrapping up the trip with one of these guys was a dream come true. First off, we would like to applaud New Zealand’s Ruban Nielson’s bold & unexpected fashion choices, contrary to what we would expect from this frontman. He came out in a black sweatshirt, black cut-off sweatpants, & a black five paneled fitted cap, topped off with wooden prayer beads. COOL. Okay, back to more important stuff.

SUCH an incredible band, such magical delivery. Someone made a Stevie Wonder meets Brian Eno reference once, & that totally holds true. Lo-fi funk meets psych rock meets fuzz from crazy talented musicians & effortless falsetto. They played all the songs we were dying to hear in a super tight set crafted set for a live setting. Some of the songs were adapted to a faster tempo that was so memorable, we went to bed & woke up singing their catchy hooks.

We wish we had more photos of their set, but it seems everyone was having too much fun 😉 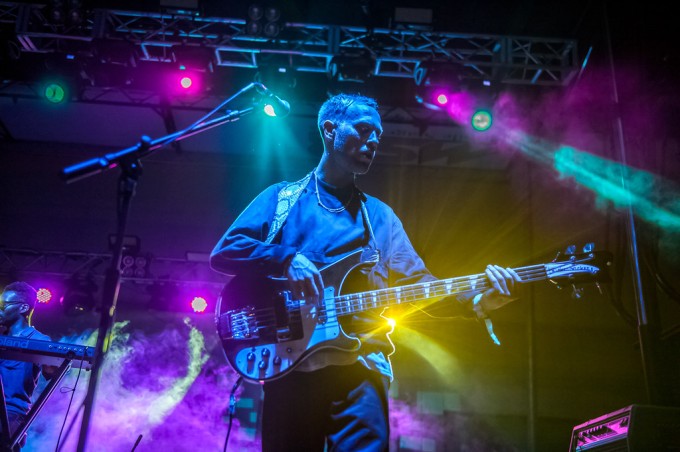 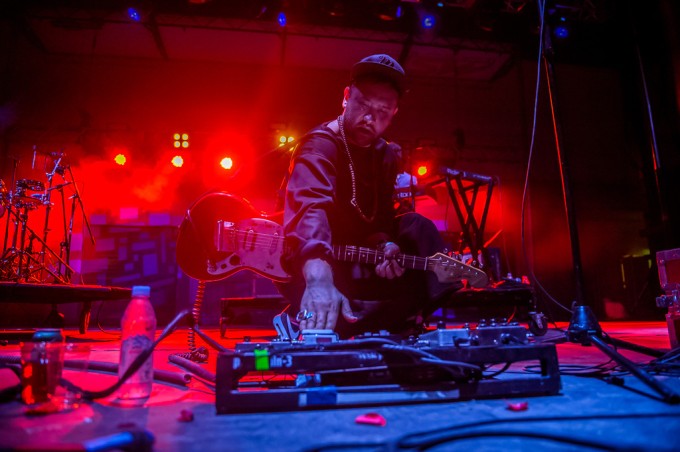 All in all, III Points was such a success! A perfect balance of everything we wanted without too much FOMO that tends to come along with with a festival setting. Thanks again for having us Miami – we look forward to next year!  x 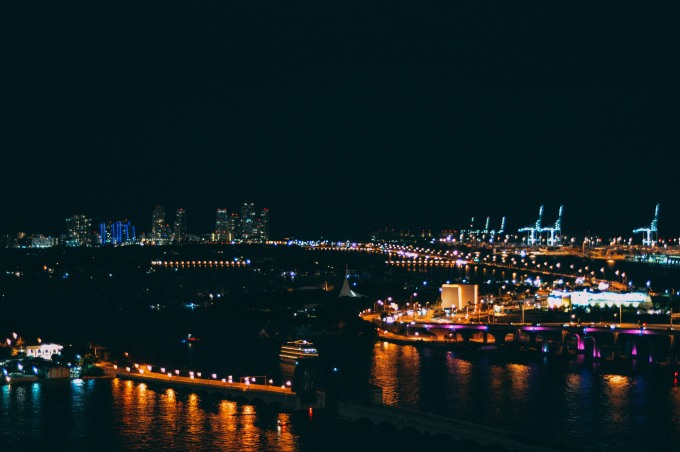 See our previous post with our III Points playlist here.